In the Sony Gaming Networks litigation, currently pending in the U.S. District Court for the Southern District of California, the trial court entered a decision on January 21, 2014 ruling on Sony’s Motion to Dismiss class action litigation, which arose out of the April 2011 breach of Sony’s PlayStation Network. Sony sought dismissal of plaintiffs’ First Amended Complaint on several grounds, including standing. Sony argued that plaintiffs did not have standing to pursue non-Ohio state law claims on behalf of non-Ohio residents (the consolidated action includes Named Plaintiffs from Massachusetts, New Hampshire, Florida, California, Missouri, Michigan, Texas, Ohio and New York – fifty-one claims in the consolidated action, included negligence, negligent misrepresentation, breach of express/implied warranty, violation of state consumer protection statutes, violation of the CA Database Breach Act, violation of FCRA and bad faith). The court dismissed without leave to amend the Ohio and FCRA claims. In addition, Sony sought to dismiss on the basis of Article III standing – that plaintiffs’ allegations failed to allege an “injury-in-fact” as a result of the intrusion. Essentially, Sony sought another ruling on the issue in light of the Supreme Court’s ruling in the Clapper v. Amnesty International ruling. In Clapper, journalists and human rights activists alleged they were potential targets of the government under the Foreign Intelligence Surveillance Act (“FISA”) because their work requires them to communicate with international subjects. The Clapper plaintiffs argued that they would be targeted under the Act and they already had undertaken costly and burdensome measures to protect the confidentiality of international sources. The Supreme Court found that the claimants failed to show that the “threatened injury” was “certainly impending.” The Supreme Court stated that a “speculative chain of possibilities … based on potential future surveillance” was not enough. The Supreme Court also noted that if parties could base Article III standing on reasonably incurred costs to avoid the risk of future harm, this would water down the fundamental requirements of Article III.
Sony argued that the Clapper ruling resulted in a more “tightened ‘injury-in-fact’ analysis” than the standard relied upon by the trial court (under Krottner v. Starbucks). Judge Battaglia in the Sony Gaming decision refused to acknowledge a distinction between the analyses he previously made based on Krottner and the Supreme Court’s standards outlined in Clapper. Judge Battaglia stated that courts in the Ninth Circuit “have routinely denied motions to dismiss based on Article III standing where a plaintiff alleges that his personal information was collected and then wrongfully disclosed…” Judge Battaglia said that although Sony argued that plaintiffs’ allegations were insufficient because none of the named plaintiffs alleged that their personal information was actually accessed by a third party, nonetheless, plaintiffs “plausibly alleged a ‘credible threat’ of impending harm…”
So, another test of the injury-in-fact issue relating to so-called fear of identity theft. The cases cited by Judge Battaglia addressed whether personal information was disclosed (Facebook), whether personal information was even exposed (LinkedIn) or whether personal information had been disseminated (Google). The distinctions in the cases regarding whether a plaintiff can allege some kind of injury, for now, appear to relate to whether a court finds that the plaintiff(s) have alleged sufficient facts to show some kind of collection and disclosure of personal information. As more and more data breach scenarios are tested in class litigation, we likely will see courts continue to refine this analysis.
Kaiser
In other breach news, the Attorney General for the State of California filed suit on January 24, 2014 against Kaiser Foundation Health Plan alleging violations of unfair business codes because of Kaiser’s alleged delay in disclosing a breach of its security systems. The AG alleges that on September 24, 2011, Kaiser learned that an external hard drive containing unencrypted personal information of former and current Kaiser employees had been purchased by a member of the public at a thrift store in Santa Cruz. Included in the data were employee names, SSNs, DOBs, addresses and personal information of some employee spouses and children (data going back to 2009). Kaiser secured the data and conducted an exam revealing over 30,000 SSNs and other sensitive information, which exam was completed by December 28, 2011. Kaiser continued the inventory and the AG alleges that Kaiser had sufficient information to identify and notify at least some individuals between December 2011 and February 2012. Instead, the AG notes, Kaiser began mailing letters on or about March 19, 2012. The AG also alleges that Kaiser violated CA code by publicly posting or displaying SSNs of 20,000 plus residents. The AG seeks $2500 for each violation.
Horizon
On January 28, 2014, a putative nationwide class action suit was filed against Horizon Healthcare Services (d/b/a Horizon Blue Cross Blue Shield of New Jersey) alleging that Horizon failed to secure PII and PHI including names, DOBs, SSNs, addresses, demographic information, medical histories, lab results, insurance information and other data collected by Horizon. The allegations deal with an incident in November 2013 when two unencrypted laptops were stolen from Horizon’s headquarters in Newark, New Jersey. Plaintiffs allege violations of the Horizon privacy policy; that Horizon did not undertake encryption measures even though it suffered a similar breach in 2008; that Horizon ignored government and industry warnings regarding encryption. The counts include violations of FCRA, negligence, breach of contract (the members’ health insurance contracts or handbook include privacy representations/safeguards), violations of NJ consumer fraud statutes (misrepresentations/omissions re: privacy policies and encryption; failure to destroy unneeded records; failure to expediently notify following a breach).
Yet another example of how the healthcare, health insurer industry will continue to remain a target given the wealth of member information they manage. As with the recent Target data breaches, predictably, legislators took the opportunity to investigate and interrogate company officials.  See article at:
http://www.nj.com/politics/index.ssf/2014/01/nj_senate_health_panel_grills_horizon_about_two_stolen_laptops.html 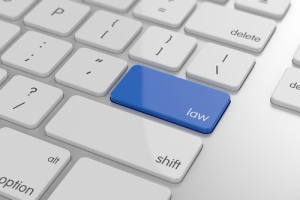 DISCLAIMER: The opinions expressed here represent those of Margaret A. (Peggy) Reetz and not those of Mendes & Mount or its clients. Similarly, the opinions expressed by those providing comments are theirs alone, and do not reflect the opinions of Mendes & Mount or its clients. All of the data and information provided on this site is for informational purposes only. It is not legal advice nor should it be relied on as legal advice.
Loading Comments...
Comment
×